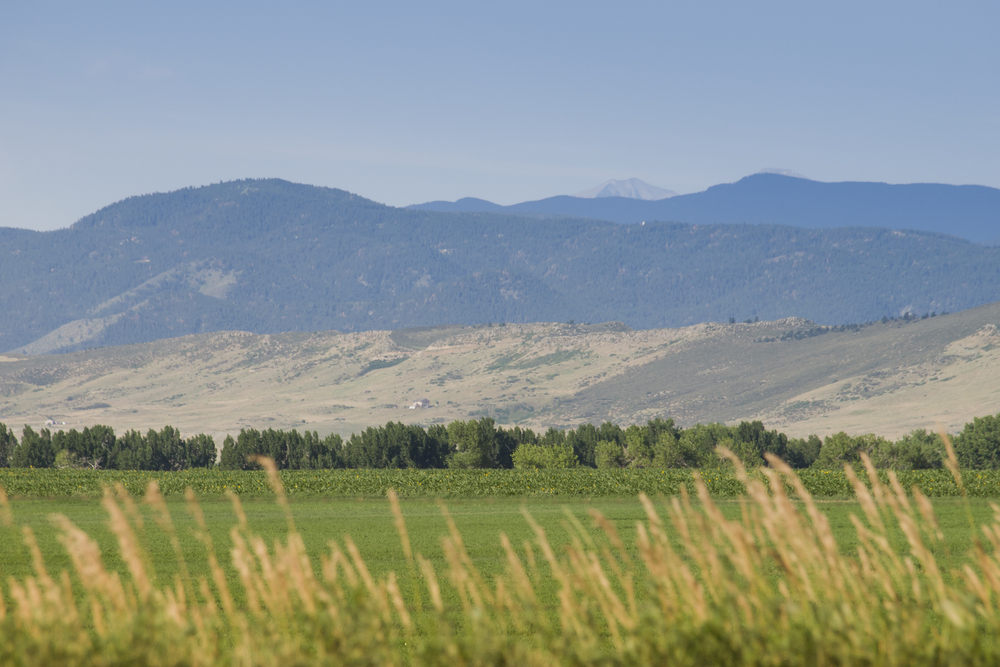 It has been an encouraging early spring here in Fort Collins with local media reports documenting higher-than-average snowpack in the state. Even so, a warmer and drier Southwest has left Colorado River Basin states in a 19-year drought.  Years of negotiations among the seven states (Arizona, California, Colorado, New Mexico, Nevada, Utah, and Wyoming) have resulted in an agreement designed to conserve water with the immediate measurable goal of maintaining or raising water levels in Lakes Powell and Mead.  Below is a timeline of events leading up to this agreement and resulting actions taking place here in Colorado.

February 1, 1935, Lake Mead begins to fill behind the nearly-completed Hoover Dam, which will be turned over to the US government in May 1936.

April 11, 1956, the Colorado River Storage Project Act is signed into law, allowing for the construction and regulation of reservoirs in the Upper Basin states. Two subsequent amendments add more projects to the list.

September 13, 1963, the Glen Canyon Dam is topped out. The dam will be dedicated three years later and Lake Powell reaches its full elevation in 1980.

December 13, 2007, eight years into a historic drought affecting the Colorado River Basin states, the Bureau of Reclamation and Department of Interior sign guidelines for shortages in the Lower Basin and operations of Lakes Powell and Mead. This follows two years of negotiations among the Colorado River Basin stakeholders. These guidelines are set to expire in 2026 and renegotions are set for 2020.

Wednesday, February 6, 2019, with California missing the January 31 deadline, the US Department of Interior publishes a notice asking Colorado River Basin states to provide input on what actions the Department could take if DCPs could not be completed and implemented.

Monday, March 18, 2019, the Colorado River Board of California votes to move ahead without the approval of the Imperial Irrigation District, the water agency in California’s Imperial Valley that holds the largest right to Colorado River water. The IID’s point of contention is a request for $200 million in federal funds to help restore the Salton Sea. With no such funds forthcoming, the Metropolitan Water District agrees to cover the water cuts that would have been asked of the IID, thus allowing the rest of California to sign off on the DCP agreement.

Tuesday, March 19, 2019, representatives of the states of the Colorado River Basin sign a deal for Drought Contingency Plans and request federal legislation by April 22 that would authorize and direct the Secretary of the Interior to sign and implement the agreements. The drought contingency plans would effectively conserve water in order to prevent federally-mandated water restrictions as outlined in 2007’s Colorado River Seven States Agreement.  IID board members public denounce the agreement.

Tuesday, March 26, 2019, representatives who signed the March 19 agreement publish an op-ed in the Palm Springs, CA Desert Sun asserting the dire need for the DCPs agreement and that it will not adversely affect the Salton Sea. The op-ed also notes the DCPs agreement has provisions to include the IID if the district reverses its course and decides to join.