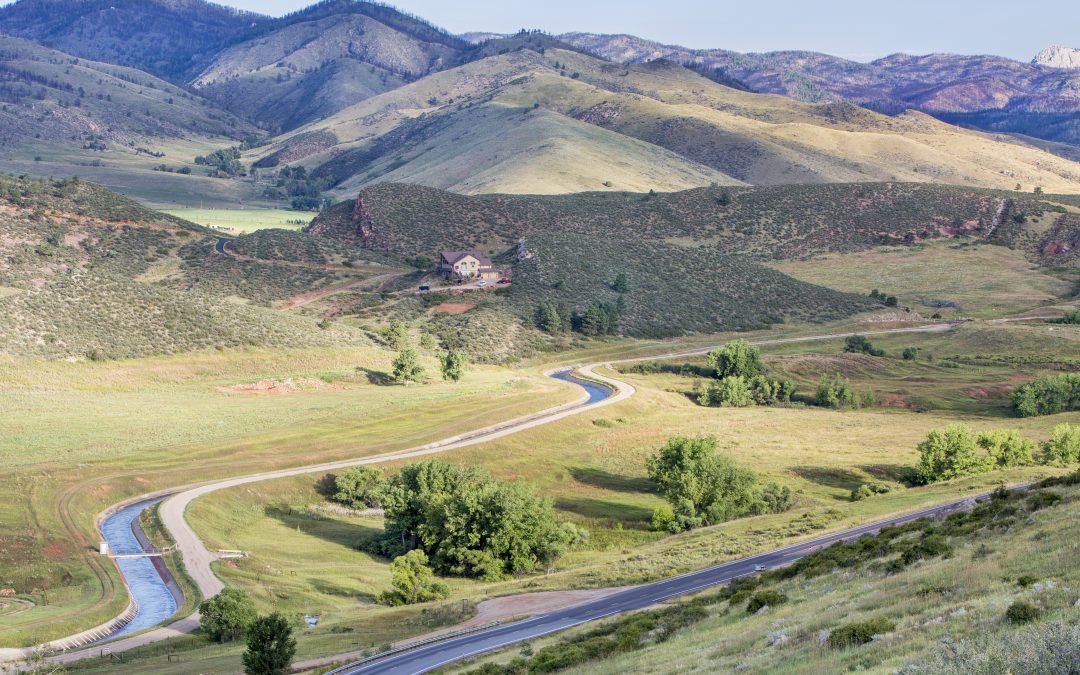 Two years ago when we posted about the Colorado River Basin Drought Contingency plans, we had no idea that the following year would be marked by a global pandemic and massive street protests.  Sadly, the fact that 2020 had the worst Western fire season in history was not that unexpected.  Despite some heavy snow here in the Northern Front Range that is alleviating local drought conditions, the Greater Colorado River Basin is seeing increased aridification that is causing problems all up and down the river.

The 2019 Drought Contingency Plans, or DCPs, were written to go into effect if the water levels of Lakes Powell and Mead sank too low.  Lake Powell sits behind the Glen Canyon Dam on the Colorado River at the Utah/Arizona border while Lake Mead is created by the Hoover Dam near Las Vegas and sits between Nevada and Arizona.  Just last month, the Bureau of Reclamation released its forecast suggesting that the current region-wide drought is likely to drop the level of both lakes to historic lows by June, triggering the implementation of the DCPs as cuts to allocations would arrive in January 2022.  Lake Mead’s threshold is 1,075 feet (as of this writing, Lake Mead is at 1,081 feet).  Though the Bureau of Reclamation would not enforce any cutbacks until 2022, many states will likely limit consumption in 2021.

One localized fight happening in Arizona is the attempt to move adjudicated Colorado River water from the Cibola Valley that forms part of the California/Arizona border 300 miles along the Central Arizona Pipeline to the Queen Creek suburb southeast of Phoenix.  The entity that bought up the Cibola water is a hedge fund that has locals worried about the commodification of water.  While state officials have signed off on this transfer, Arizonans currently await federal approval.  Arizona stands to lose the most water of any state if the 2019 DCPs go into effect.

The Southern Nevada Water Authority has already constructed devices to draw water from lower depths of Lake Mead to continue supplying water to its customers should the reservoir’s level fall below current intake levels.  In addition to these precautions, SNWA is encouraging water recycling by implementing a credit system that would bank water back into Lake Mead without affecting the state’s allocation of Colorado River water.  While SNWA is working to ensure continued delivery of water to its customers in light of a sinking lake level, the Bureau of Reclamation is replacing turbines on the Hoover Dam to ensure its continued production of hydroelectricity in the same conditions.  Lake Mead will reach its “deadpool” status (when the level of the lake is too low to push turbines and create hydroelectricity) at 895 feet.